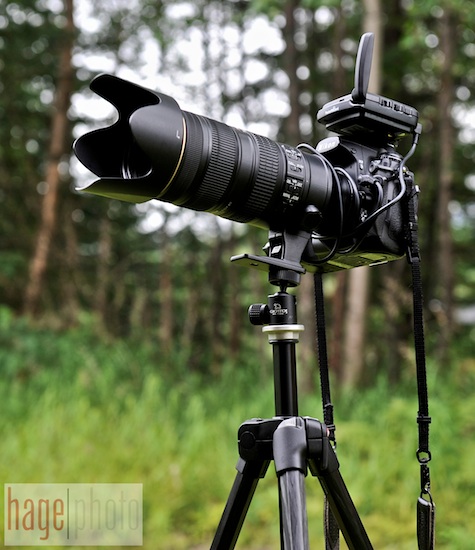 It was a few years ago, on our first trip to Patagonia that we put the remote camera set-up to the test. We were spending a week on the classic trail around the magnificent Torres del Paine, photographing a new line of backpacks, tents, and trekking poles for client Black Diamond. It was just us and we needed to shoot set-ups with both the men’s and women’s packs in the photograph. We would wire up the camera and stash it in various spots along the trail; on rocks, in trees, above rivers. The shutter would be tripped by a radio trigger as we moved through the scene. Though it was far from an ideal situation (creatively), we were blown away by what could be done.

Fast forward to just earlier this week. We’re doing another backpacking shoot for an outdoor equipment client in Alaska’s Talkeetna Mountains. Sometimes trying to coordinate the location and weather with friend’s schedules is too much. In Southcentral AK, you have to roll when you start to see a desired weather opportunity approaching. We grabbed our remote kit and hit the trail for a couple days. Of course we would’ve preferred to have at least one other friend along as talent, but that can be tough to arrange last minute.

Our remote camera set-up is most used out on the trail or in the mountains, thus we try to keep it light weight and compact. We usually head out with two PocketWizard radios (Plus II or Flex TT5) as receivers and a PocketWizard Mini TT1 as a trigger. The extra PW can be used to relay the trigger signal or to operate a flash in the same set-up. 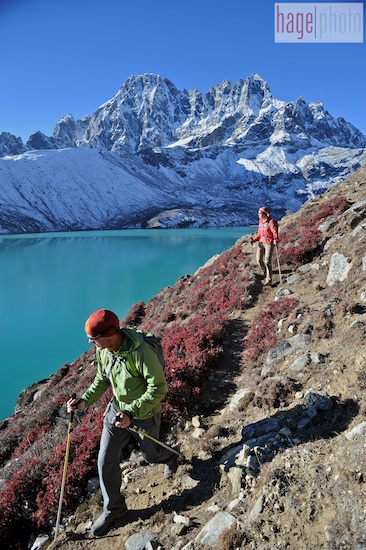 Either a Joby Gorillapod (8.5 oz) or Manfrotto carbon tripod ( 33.5 oz) topped with a tiny Giottos ball head (2.6 oz) easily supports a Nikon D700, our ‘go to’ camera for backpacking type work. Even with our Nikon 70-200 f2.8 lens, the camera set-up weighs in under the seven pound load limit. Our kit also includes a mesh bag that hangs under the tripod. A couple good rocks hung low under the tripod’s center post really helps stability. Especially when mounting the heavier glass!

The basic technique is to set-up a zone of focus and photograph when the action is in that area, such as a certain spot on the trail. But we have also been able to use Nikon’s continuous focus tracking modes to get the camera to ‘follow’ us around. The best we have ever gotten the system to work has been to get the camera to follow focus while we hiked across the scene a full quarter mile away. That is definitely the exception and a challenge to set-up. As with anything too technical, our system has proven to be temperamental. Sometimes the PocketWizards don’t work as well as they should, even at close range. And the Nikon focusing often finds other objects it’s more interested in that leave us soft blurs in the image.

Since the right people for the photography work we do are usually out doing their own thing in the mountains, we’ll continue to refine our remote system. That is unless any of you can commit to eight weeks in New Zealand this winter. Included are a few of our favorite photographs made using the remote set-up. Please feel free to leave comments or questions. Happy to hear from you. 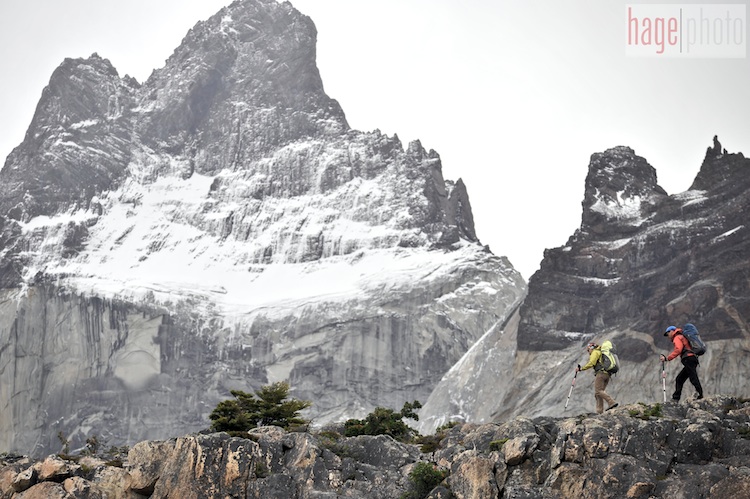 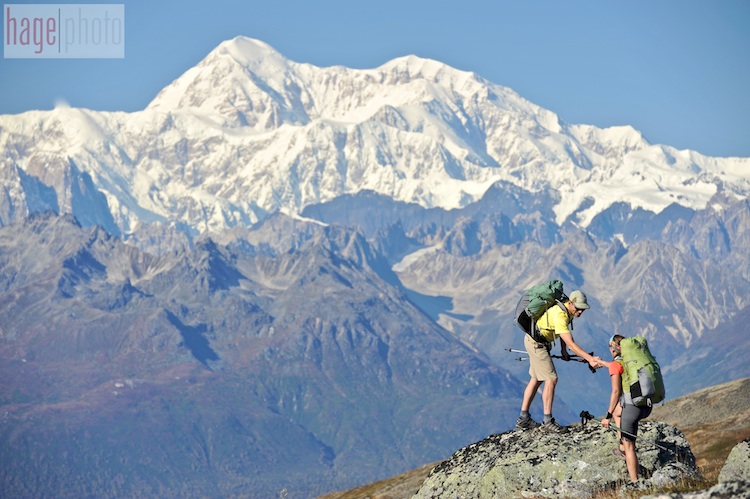