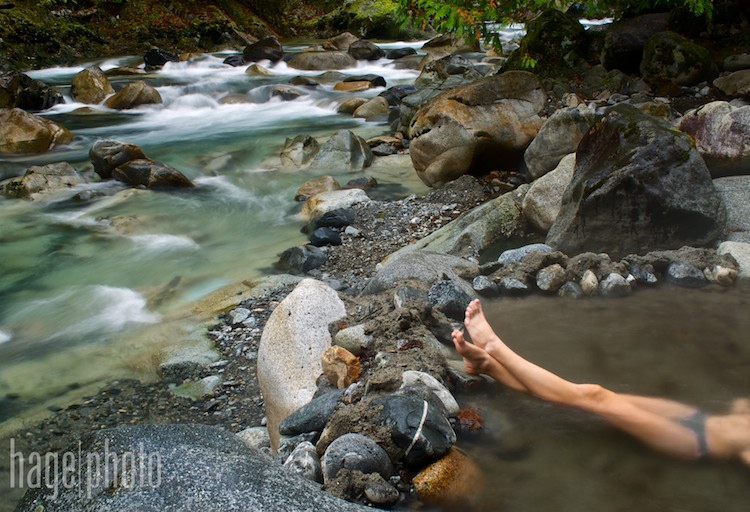 We launched our business six years ago with a jammed packed summer in Alaska followed by a year-long road trip around the American West. The plan was to be shooting projects around Canada’s Yukon Territory and British Columbia beginning September. But continued assignment work in AK delayed us a month and we found ourselves driving the ALCAN Highway in the torrential monsoon of October. Nonstop rain killed every project that we had set-up for the start of our inaugural road trip. Sooner than expected, we found ourselves just above the US border sitting in a coffee shop more than a bit discouraged. It was still raining outside. The idea to embark on a hot springs tour surfaced as the best thing we could do with the continually dismal weather forecast. We pitched the idea to a regional travel magazine and spent the next week hunting out wild hike-in hot springs in central BC. The precip never really let up, but we were determined to make it happen. The work produced during that week looked different to us when reviewing each take. It was the first time we could actually see our style starting to emerge from the months of working together. Hunkered down in our old Chevy Tahoe at the end of some logging road with the rain beating down on the roof and all the gear soaked to near failure, we watched as the pictures loaded on the computer. It’s still one of the most exciting times of our career together.