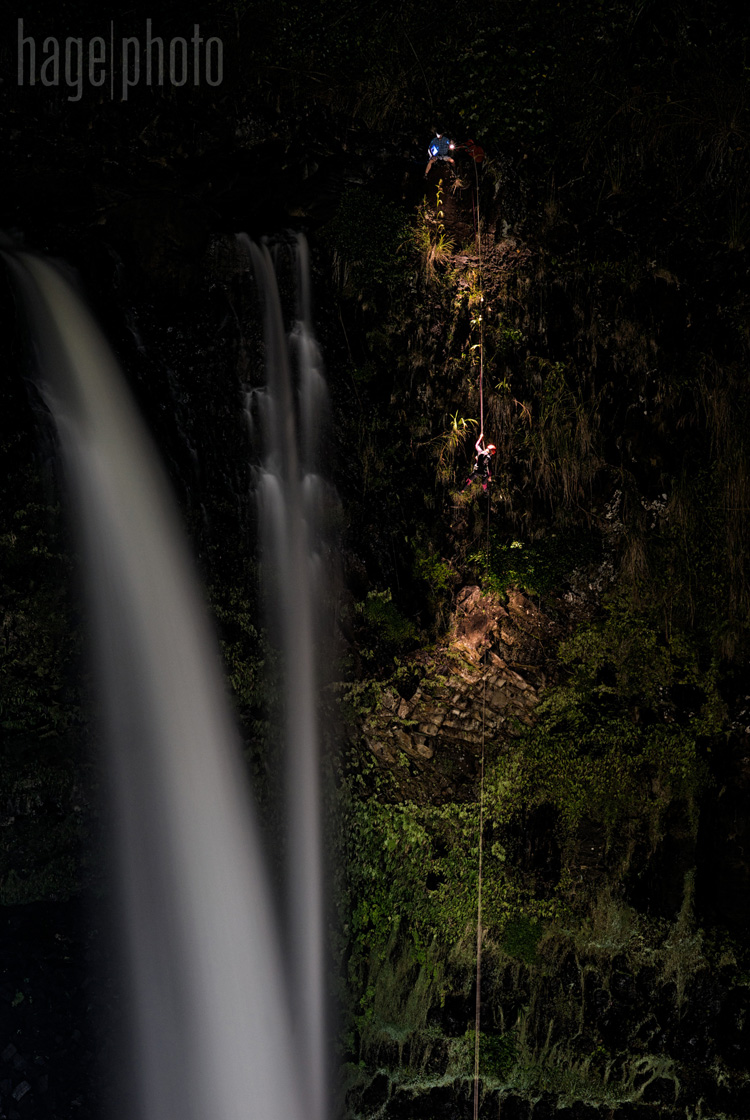 One of our first big jobs when were getting started was a four-day commercial shoot for the high-end lighting company SureFire. They make arguably the worlds best LED flashlights used by police and military around the world. At that time they wanted to enter the outdoor recreation market and were producing advertising just for that. We had done some smaller shoots for them in Alaska and Oregon before getting the call for a full-on catalog production in Hawaii. This would be our first job where we had a ‘crew’.

The SureFire brand is pretty hardcore and their lights are damn expensive. So for the shoot we came up with several adventure scenarios that would justify a $500 indestructible flashlight. And all of these had to be executed in the middle of the night. One of our favorites was the night rappel next a waterfall. The set-up was one person at the top lighting their partner on a free-hanging rappel next to a 150-foot waterfall. The photography needed to showoff the powerful beam produced by the lights. In this case, the waterfall mist and the rope would carry the light through the picture.

It’s no surprise that Agnes is the one on rappel in this shot, but it wasn’t one of her favorite set-ups. She had to hang there for a bit when the crew had to figure out some technical problems: everyone’s radios immediately got wet and stopped operating. Hanging there in the dark with no communication next to the deafening roar of the falls was damn unnerving. She was happy when we got our act together and wrapped up this shot. The picture got good play in the client’s catalog and a couple of their ads. It was also showcased on the ‘Last Page’ in National Geographic Adventure before that magazine went out of print.