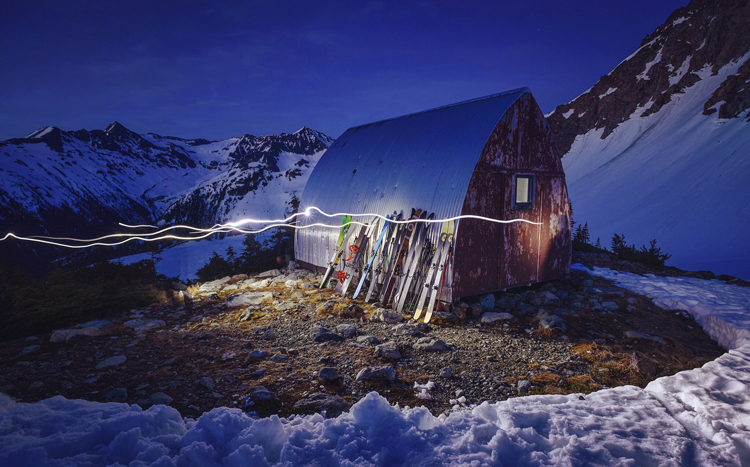 A lifetime in the mountains has taught me that there are few things more miserable than rain on a glacier. But trying to ski through the trees with a 60-pound pack in sucking isothermal rain-soaked snow is a close second place. Luckily, a lifetime in the mountains has also taught me how to ‘survival ski’ in the worst of situations. This was the start of an assignment to join the crew from Backpacker Magazine on the famed Spearhead Traverse last May. Just hours from departing the storm-shrouded summit of Whistler Mountain, our gang of 10 was desperately trying to descend through a forested saddle in a steady downpour. This is what Canadian ski guides call ‘full conditions’.

Our mission was to do a final test and then shoot the gear for the magazine’s editor’s choice awards as well as produce a feature story on this classic ski tour. The extra outdoor and camera gear translates into heavy loads in big packs. I was packing a full-size tripod and the videographer, Kevin, had a large drone strapped to the outside of his pack. You could say our configuration was far from ideal considering the technical ground we would be covering the next four days. The 35-km route traces a horseshoe from Whistler Mountain, across the Fitzsimmons Range and back across the Spearhead Range to end at the top of Blackcomb Peak. Even though we traveled through a ton of amazing ski terrain, this was more of a mountaineering project than a hunt for the next powder stash.

After a soggy night at the historic Himmelsbach Hut, the storm broke to plentiful sunshine allowing everything to dry. Each day took us further into these rugged mountains and the team started eliminating gear from the awards roster. Time to produce the photo and video work was kept to what could be done while on the move. It takes a lot of time to move a large group through technical terrain with a dozen transitions (skis on, skis off, skins on, crampons on,…) every day. Most of the work was saved for evenings and mornings at camp. And kudos to Kevin making sure he got the drone in the sky once a day. By the time we all skied inbounds at Blackcomb, we had just finished shooting the last of the gear. 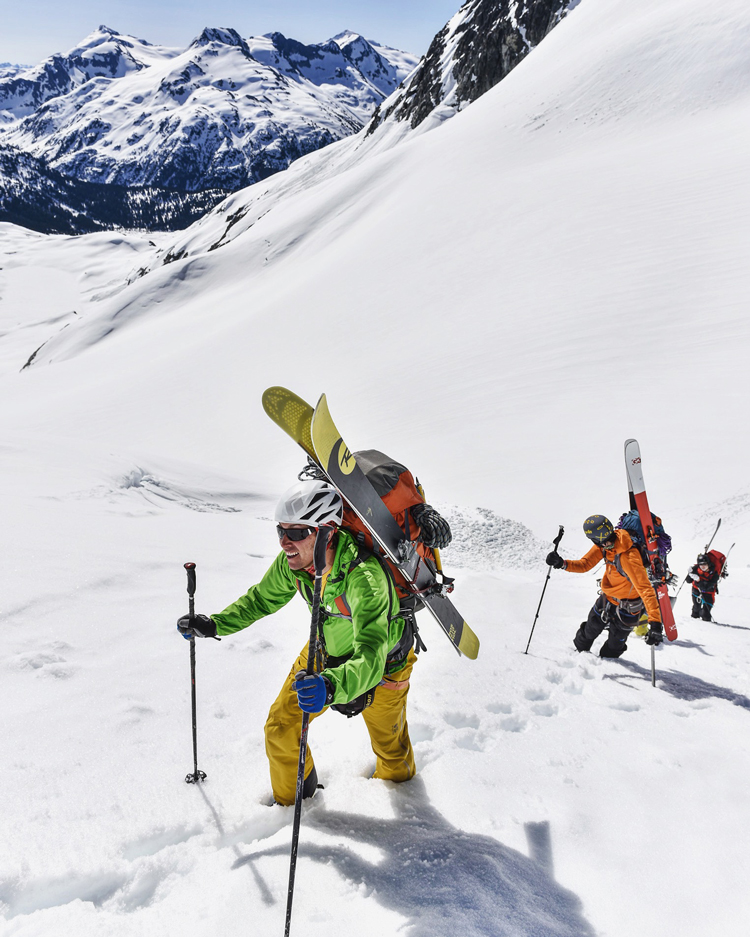 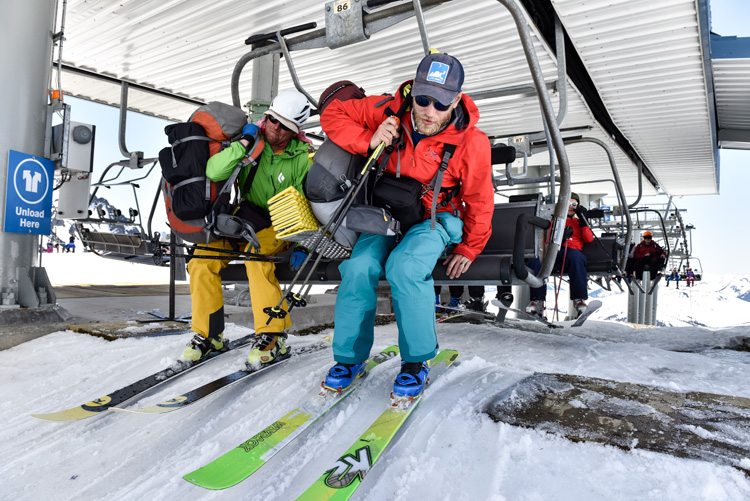 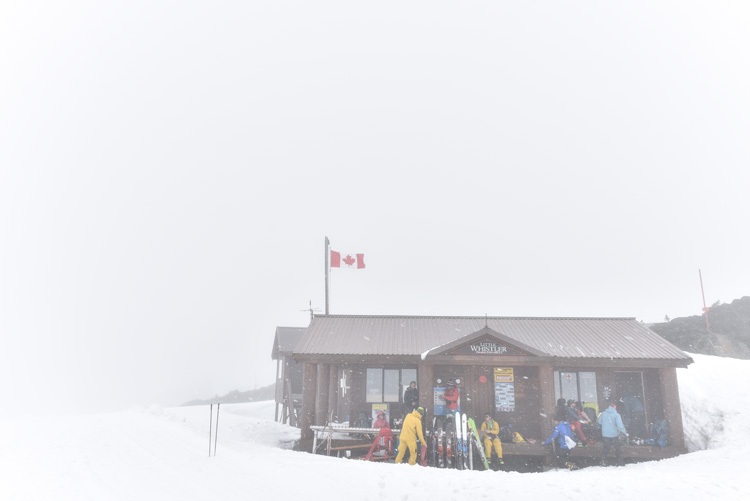 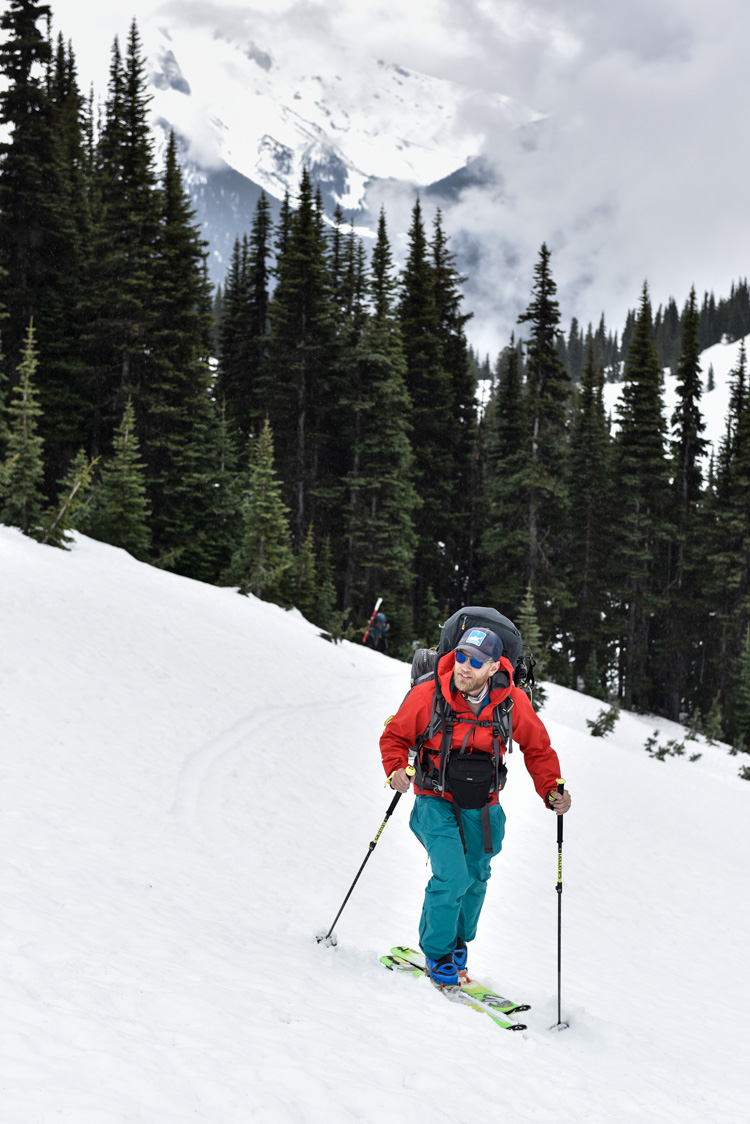 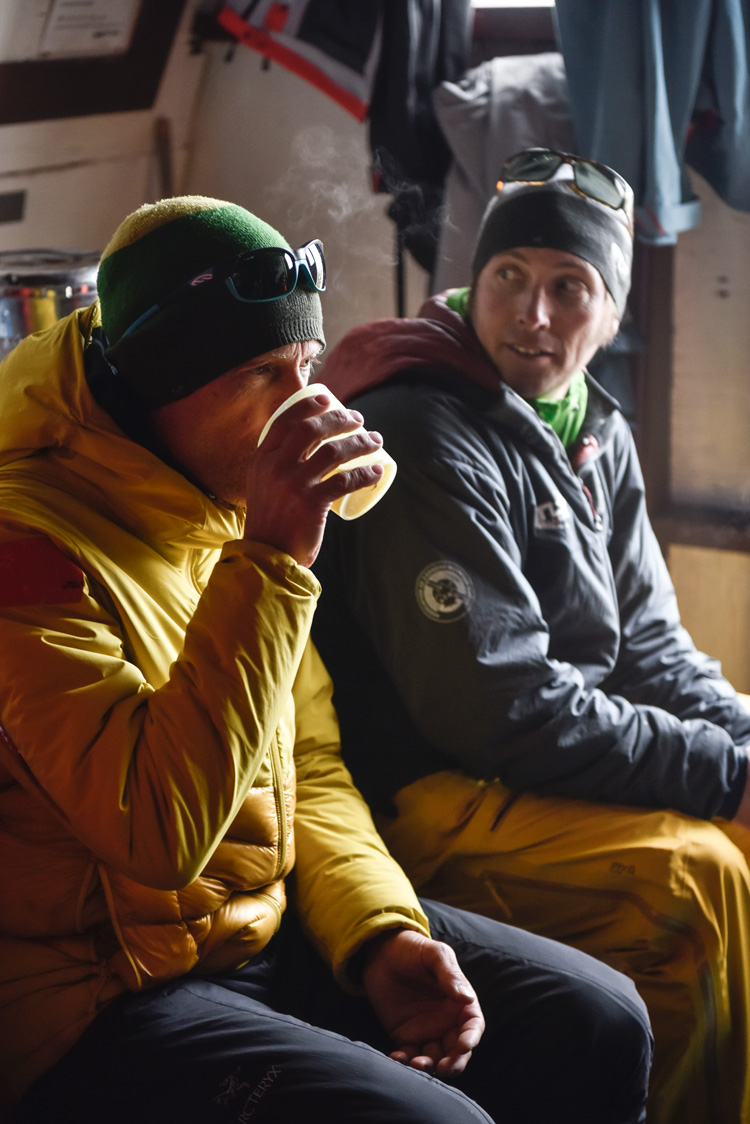 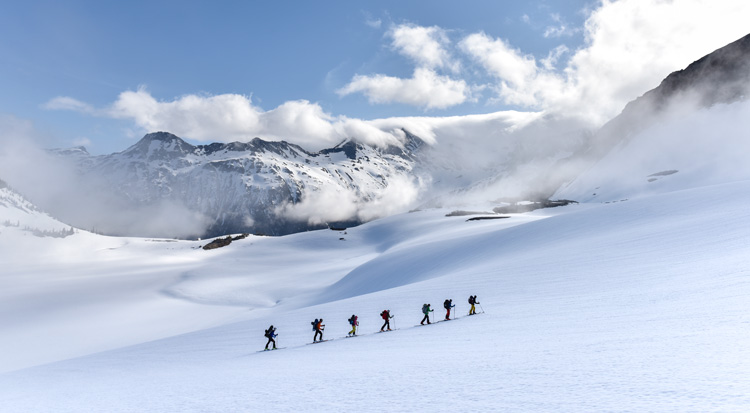 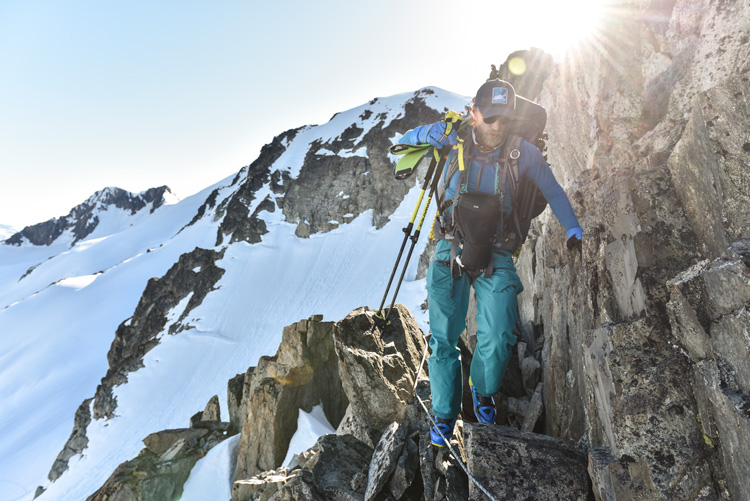 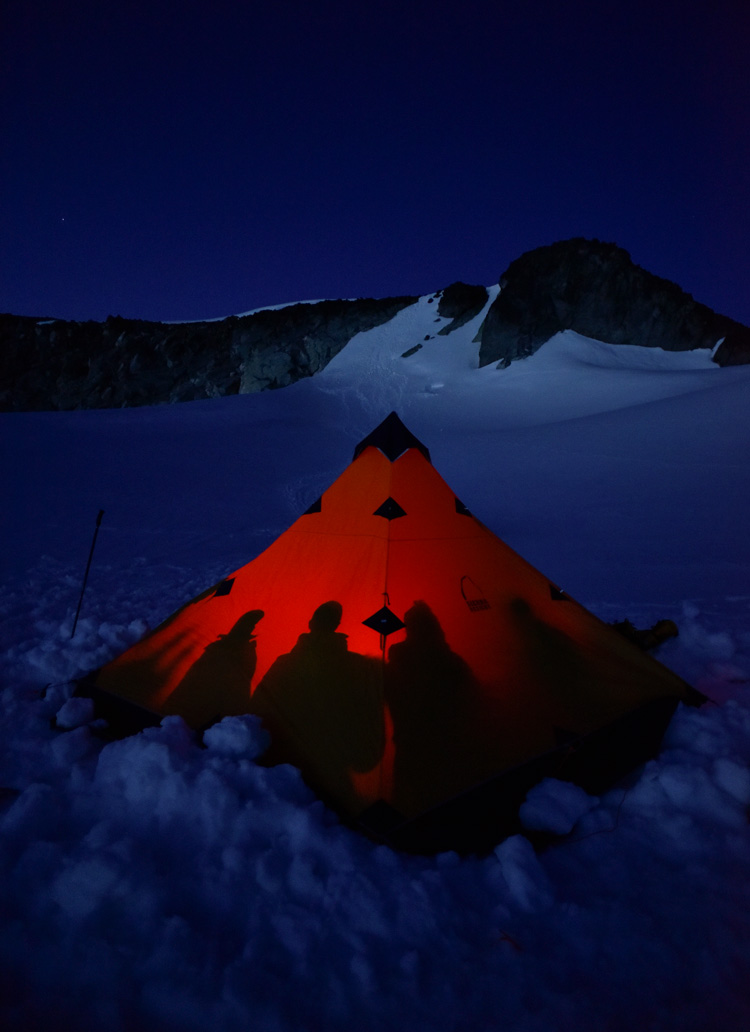 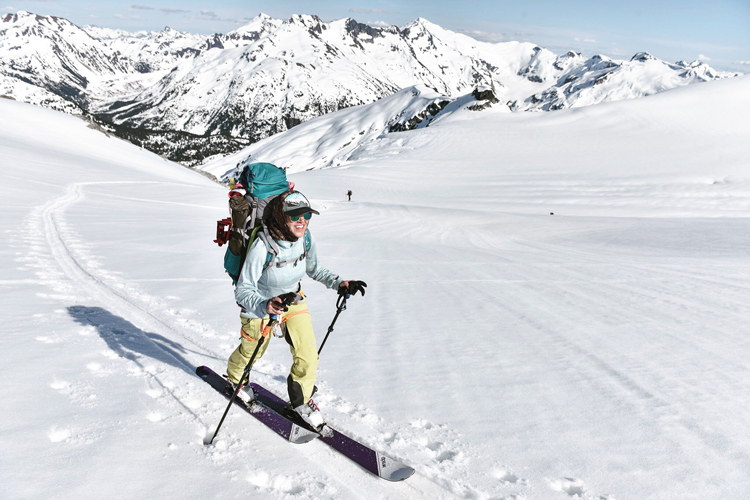 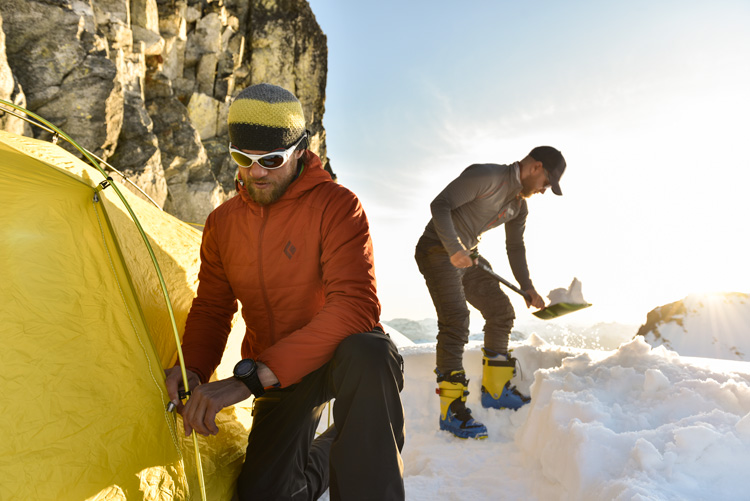 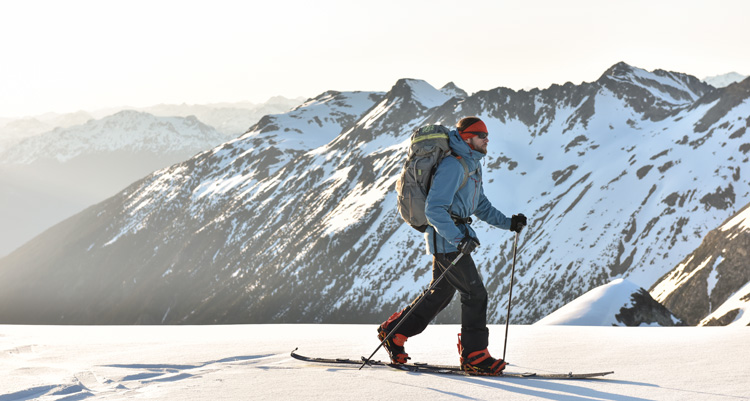 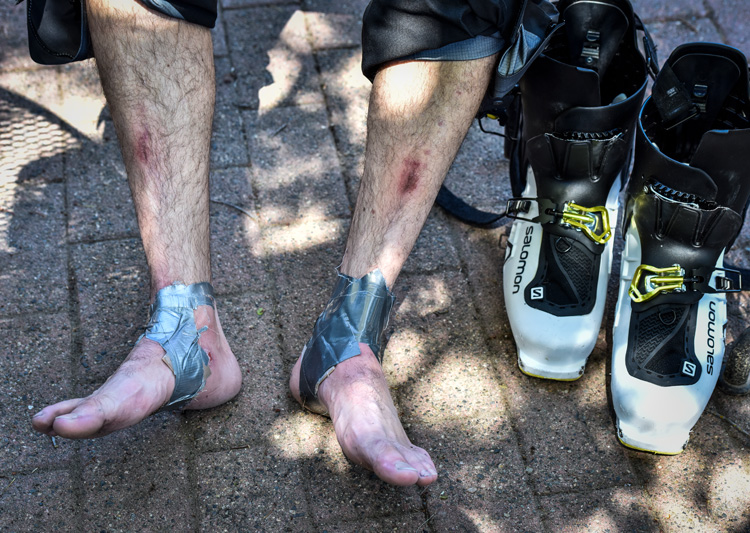