This past summer, a lot of different factors came together all at once, with the end result having us try something we hadn’t really considered before. It was another hot summer in the Western States and our modus operandi for family backcountry trips was not jiving with the 90-degree days. With one of us carrying Dusty and the other most of the gear, we were getting tired of sweating it out beneath 60-pound loads every week.

We had also recently started producing work for clients in the stand up paddle board industry and just received two new inflatable kits to play with. With no end in sight for the triple digit temps in Central Oregon, we decide to try loading up the boards and try SUP camping. Its like backpacking without the end of the day strain on your shoulders and hips. And there’s a lot more swimming. Oh yeah, and you can bring a small cooler of beer. 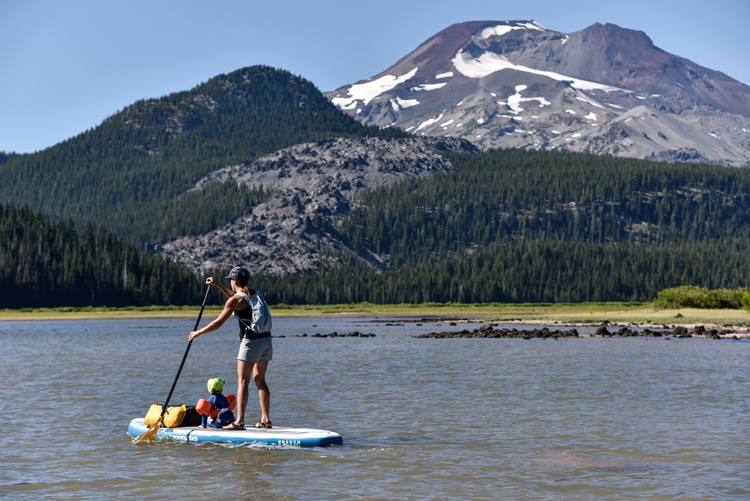 Armed with a SHUBU Solr and Kraken from Boardworks Surf, we had a little carrying capacity. Staying true to our family backcountry mode, all the gear is very small and light. We use a Mesh House 3 from MSR that packs to the size of a water battle and weighs less than a pound. Our sleeping and cooking systems are equally minimalistic, especially on warm summer nights. After loading all the gear into a single dry bag, we found there was still plenty of room for some camp comforts like toys for Dusty and a small cooler for the parents. Just like backpacking, Dusty rode with one of us and the other shipped most of the ‘luggage’.

For our maiden voyage at family SUP camping, we chose Sparks Lake; a multi-arm crystal water gem in Oregon’s Cascade Lakes. It’s a couple hour paddle out to the furthest arm where we found a good spot along the bank to set-up camp. After taking care of Dusty’s first dinner (some nights there are three), we took the boards out for an evening paddle unencumbered. We were able to explore the nooks and crannies of the lake’s volcanic shoreline and easily return to camp before dark. Easing back into small camp chairs after second dinner, we sipped our cold beers while watching Dusty tirelessly pitch rocks into the lake. We could already see much more of this in the near future. 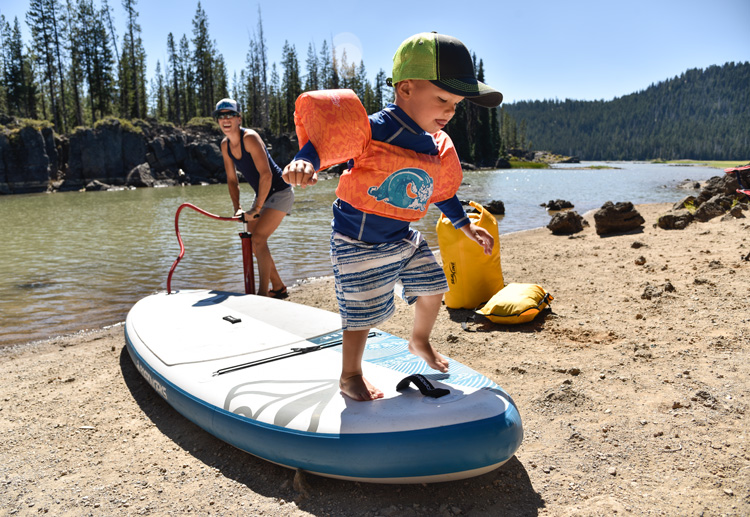 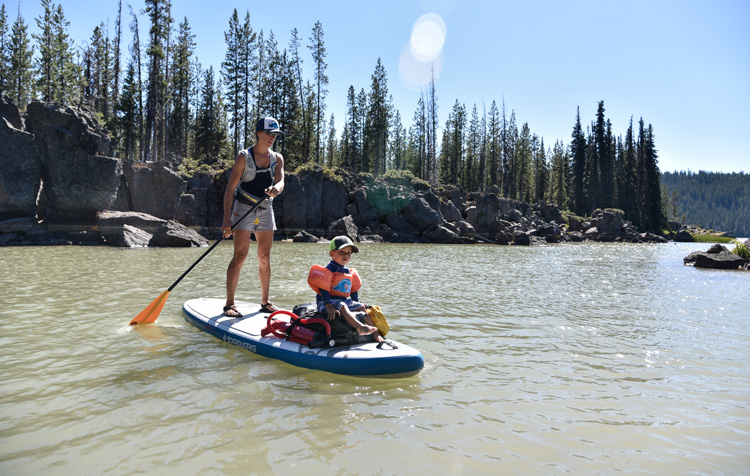 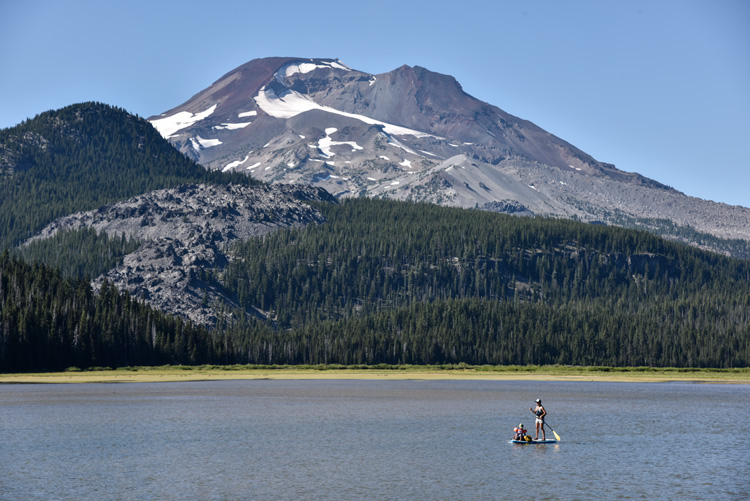 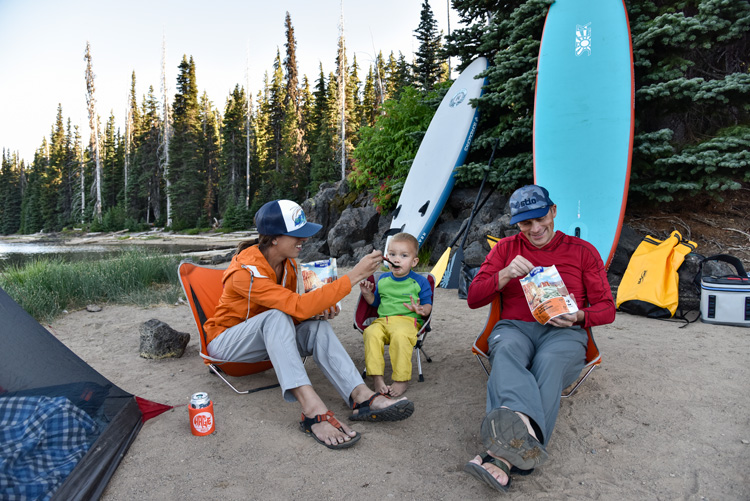 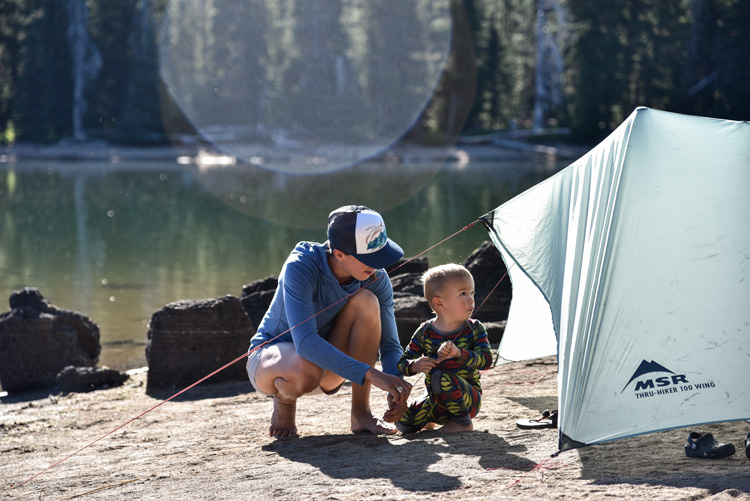 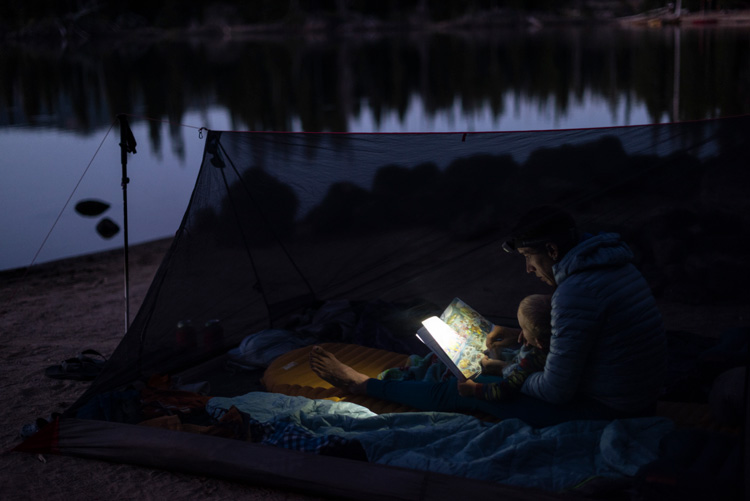 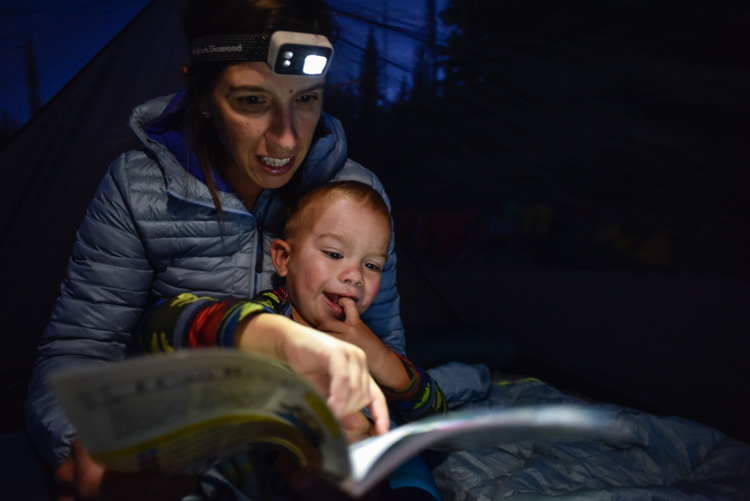 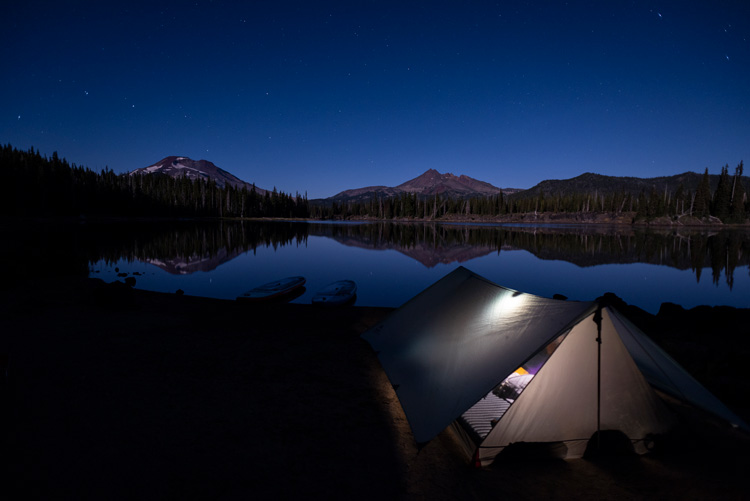 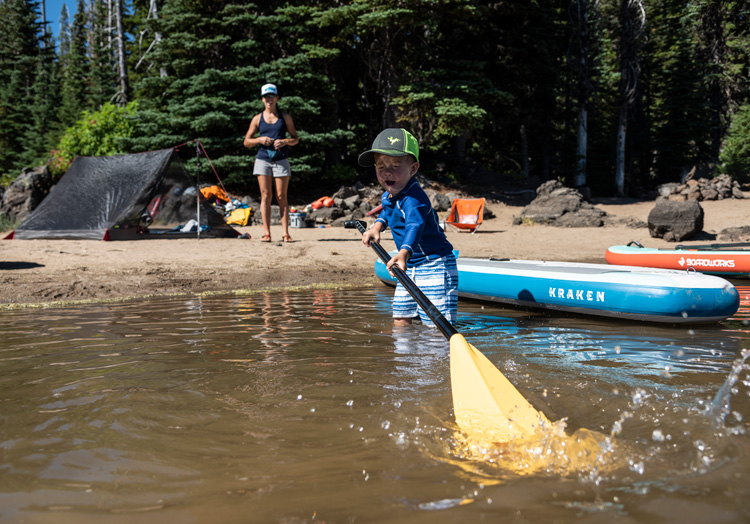 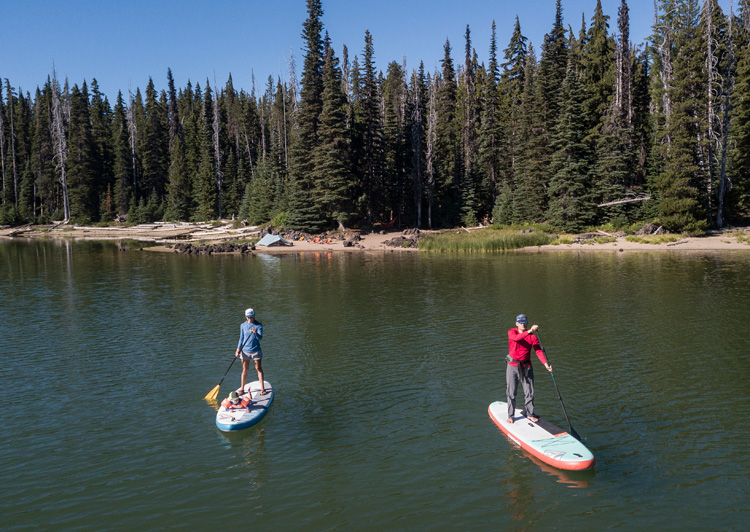